I just finished my next BRINK inspired Nerf gun. This time it’s an assault rifle, created from a Nerf ECS-18 Stampede. 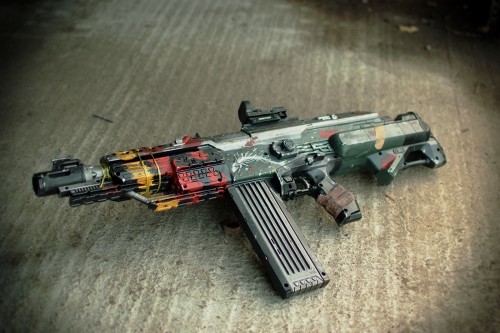 I was inspired by the “Gerund” AR, it had nice contrast between green, yellow and orange. The fish drawing was cool too. 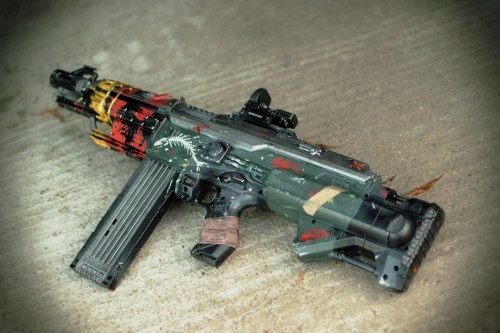 I never tested if it shoots, since it requires an insane amount of batteries. (6 D-type) 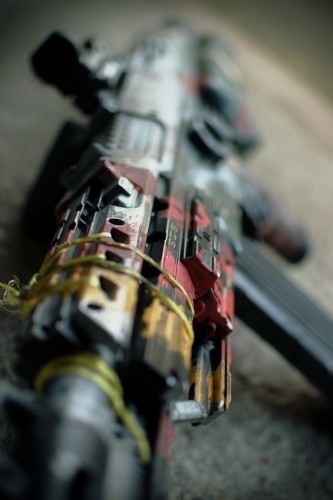 It feels like a big improvement in technique, which is exactly why I did a smaller gun first. 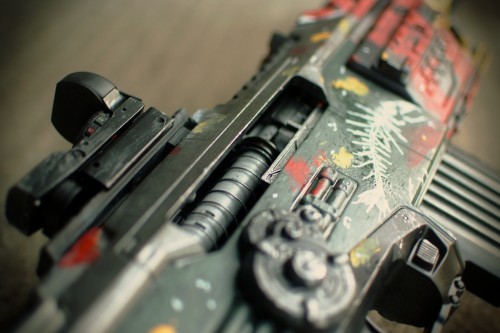 It’s got a working Red Dot scope where the carrying handle used to be (I cut that off). 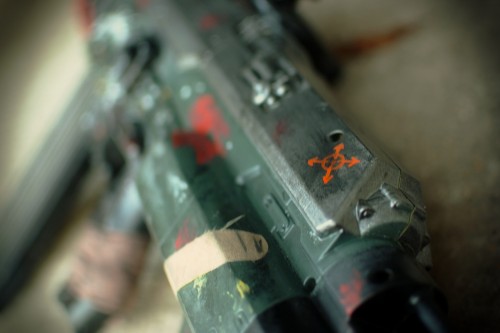 The band-aid was taken from an early concept by LD Austin that didn’t make it ingame in that form.

The Weald in autumn Actionscripting..
Scroll to top