I found another cool vehicle! From a thread over at VWvortex which I actually found through my referers. 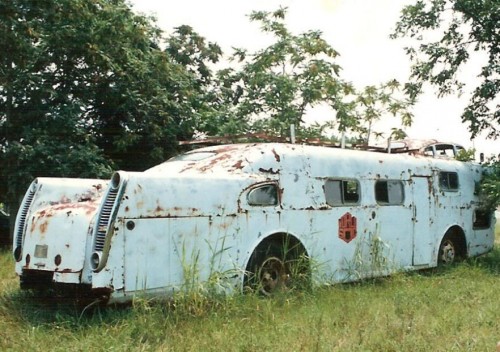 “Had a 302 GMC 6 cylinder
You drive from the top roof like the bridge on the Enterprise
The 2 front stacked front bumpers are gone. They were 57 Chrysler.
I think the roof was a 49 Hudson
The tail lights were a combination of Kaiser Grilles and 63 Ford tail lights.
Had another fastback roof for the back of the body.
Seen it on the side of the road my whole life then one day it was gone.” 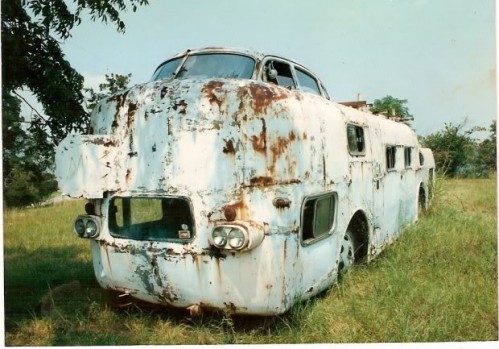 “I took the photos about 20 years ago. The bus has been crushed in Newton NC. From what I remember it had 2 – 1957 Chrysler bumpers stacked on top of each other for the front bumper. FBook member Eddie Ward remembers seeing it being hauled behind a wrecker the day it was taken from the Hubbies Bubble Bar in Denver, NC.” 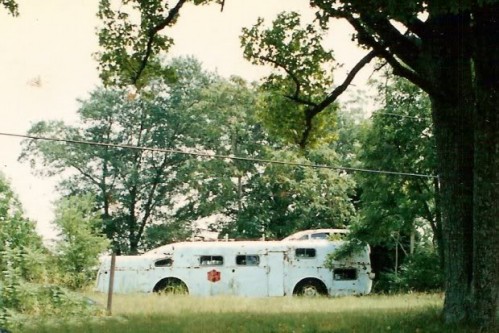 “The bus you are talking about was called custom family cruiser it was built by a man in his drive way from a bus and alot of old car parts, When it was finished it was even used in the charlotte thanksgiving day parade. I would go over to my uncles house every sunday morning with my dad and we would pass the mans house, he built it in his driveway. If you know anyone that worked at holmanand moody back when they first moved to the airport location they can tell you about it. The man lived just down the street. He drove it for many years , i went into the service and lost track of it. When it was painted the lower portion was dark blue the top was white. all the chrome was like new and it was really cool , brings back some old memories . I guess it was finished it the early 60’s.” 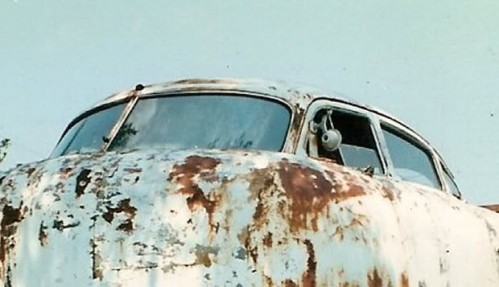 Luckily this guy is keeping the dream alive, check out the evolution:

I found that picture about a year ago, totally loved it. 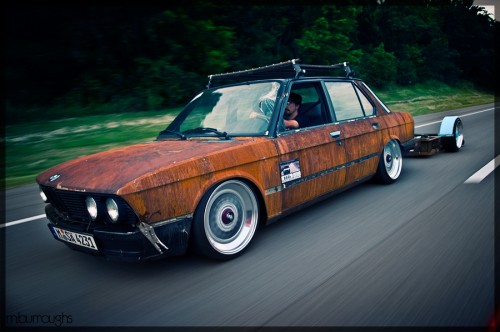 Check out that spanner! And his inverted trailer! 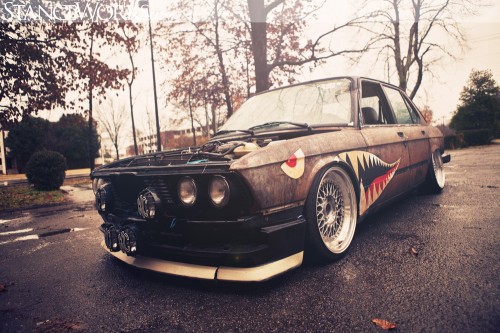 It actually crashed looking like this and was thought to be dead forever. 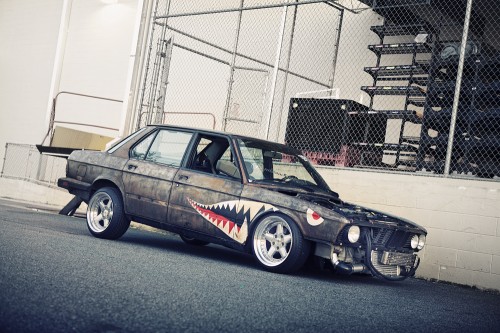 But recently came back sicker than ever. He’s actually got one of those Bosozoku intercooler hose setups!!

I do hope to one day, build a car with such style. My own 92 Celica’s pretty banged up already, but I don’t think I can make those dreams come true in this country…